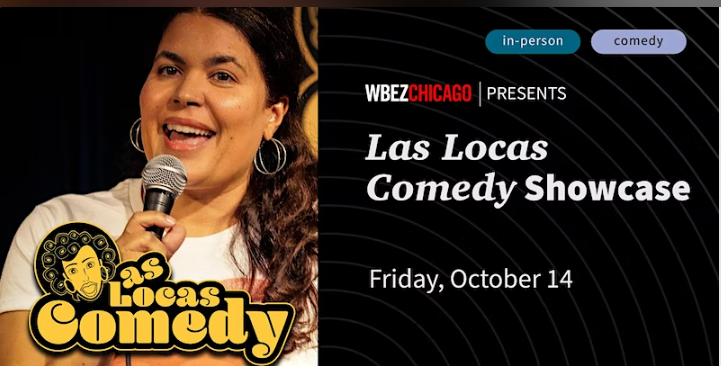 In honor of Hispanic Heritage Month, WBEZ is proud to celebrate  Las Locas Comedy’s  five-year anniversary at  Madison Street Theater  on Friday, October 14.  Las Locas is a monthly showcase featuring Latina and Latinx comedians, where the locas discuss cultural issues with unreserved comedic flair. Nothing is off the table when the locas take the stage; this is an adults-only show.

If you want to scream-laugh until your sides hurt, join WBEZ and Las Locas Comedy for this evening celebrating humor and diversity in Oak Park. Doors will open at 7:30 p.m. and the show starts at 8 p.m.

Our lineup for this showcase includes…